Who Wants To Be A Millionaire Wiki
Register
Don't have an account?
Sign In
Advertisement
in: £1,000,000 winners (UK), Top Prize Winners, Contestants from the UK,
and 6 more

He returned to the show on 9th September 2003, playing for charity with TV presenter Judith Chalmers, winning £32,000, due to answering the £250,000 question incorrectly.

Robert's Run to the Million 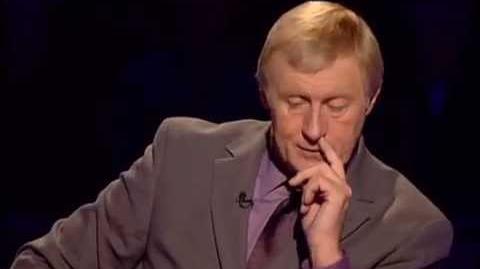