Who Wants To Be A Millionaire Wiki
Start a Wiki

What's on your mind?

The thirty-sixth series of the UK version of Who Wants to Be a Millionaire? is starting on 17 January and running every Sunday.

Due to COVID-19, of course, there will be no audience and the contestant will have a second phone-a-friend, as well as 50:50 and Ask the Host.

If you were looking for Australian millionaire episodes, I kinda struck gold because I really wanted to see just an old episode. Here's one of the links in a forum.

(edited by TheTV1guy)
Who Wants to Be a Millionaire? (Australia)

Does anybody know if you need to answer all the 10 questions correctly during the phone interview in order to move on to the next stage in selection process ? Cheers

I know it isn't remotely to do with WWTBAM but as most of ye are general game show fans, check this out and contribute if you can. https://the-blockbusters.fandom.com/f

Discuss Everything About The Blockbusters Wiki | Fandomthe-blockbusters.fandom.com 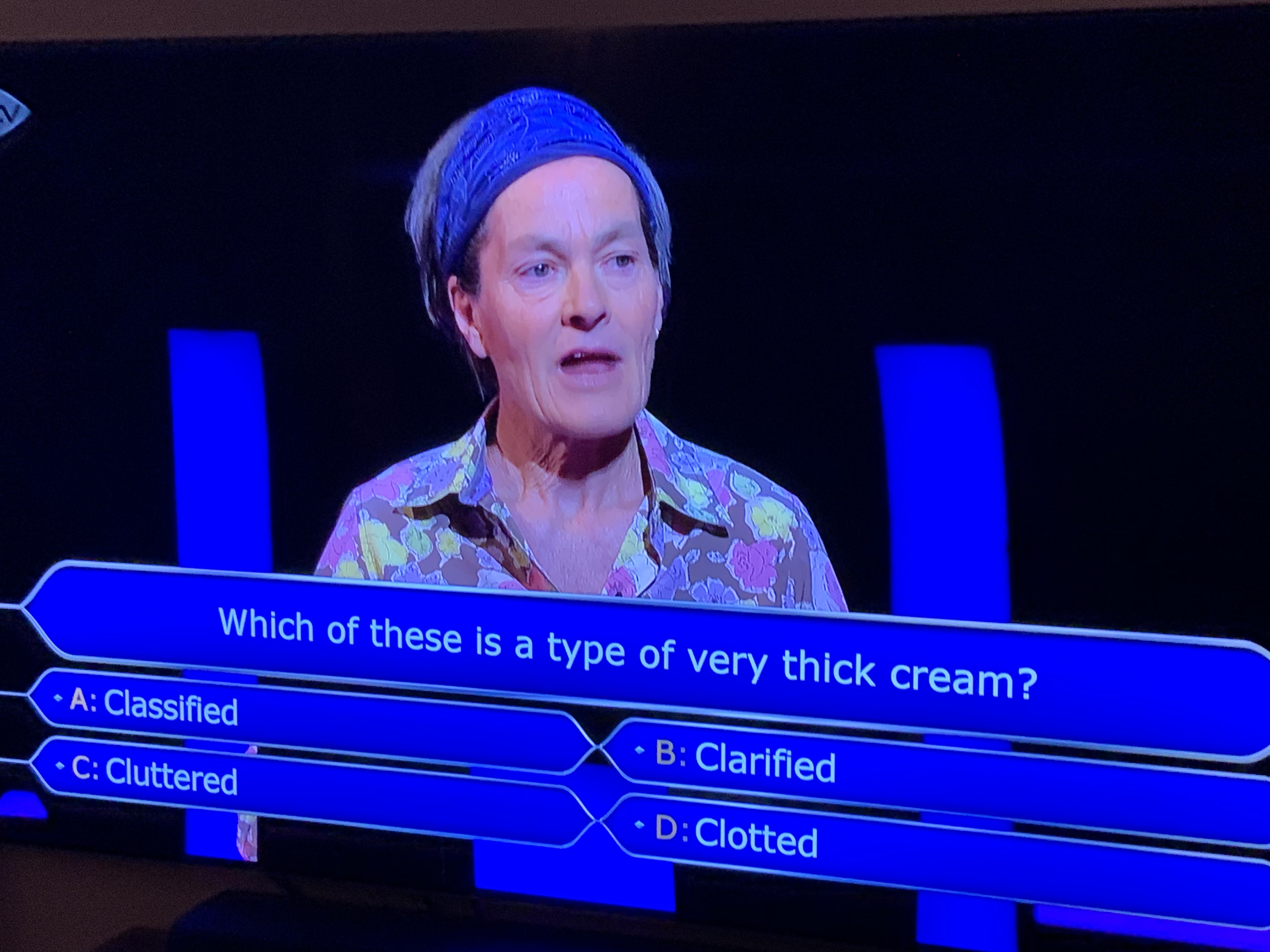 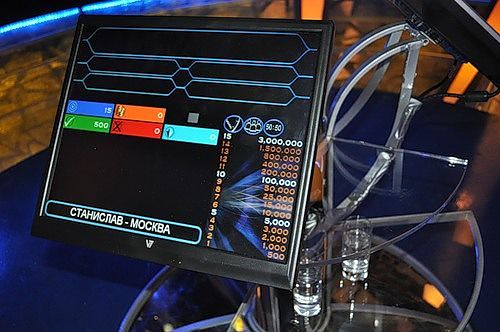 hello everyone, I am addressing you to ask if there is anyone who owns two sound effects of the game who wants to be a millionaire. I'm looking for the sound effect of the switch when the question is changed in the British version of 2012, I would also need the Christmas bed before the credits in 2011 British version, and finally I'm looking for the sound attack that occurs when the expert in 2008 ended his discord but also during the banked time of the 1 MILLION question.

If one or more of you could help me in the comments of this article so that I can have these musics because I have been looking for them on the internet for a very long time, no way to get my hands on them.

please and thank you in advance.

ITV announced yesterday that in the next series of the British version there WILL be a new top prize winner. The winner, believed to be male, is Jeremy Clarkson’s first millionaire, and their run will be broadcast in September 2020.

It will also be the first £1 million transferred by the show electronically, as cheques were dropped from the UK version in 2018.

The last top prize winner was Ingram Wilcox in September 2006.

The other day, seeing as there wasn't one, I decided to start a "community" on the social networking site Amino for fans of Millionaire.

The link is here if this interests you: http://aminoapps.com/invite/RQCJZWM8AE

I am looking for the footage of them answering the Top Prize question wrong.

I know the original Q6 music can be found on the Who Wants to Be a Millionaire: Special Editions. So, if anyone reading this, has this game on either Xbox 360, PC, or PS3 and know how to record the entire screen and maybe without the microphone on, like these 2 videos for example: [1] and [2]. Would anyone record the full original Q6 music, it takes only about 3 minutes and 15 seconds, and comment the link of it. Also, try to have no volume of sound effects and voice from the host, but keep the music on. The music plays from Questions 6-15 on the game.

The musics, I want them to be played with silence from anyone without any vocal removers. I don’t prefer by audacity, not that I don’t like it, I do like it, I just want to find the music without using it (audacity). For example, there was a partial one of the £250,000 question music with silence on this video: [3], and this partial of £1,000,000 question music: [4]. Can anyone please find something like those of any of the music I asked for?

Note: If you find the ones with the Q16 music played they were talking, you can still comment the link because I still want for my audacity project.

How to add Contestants Infobox

I want to edit an article of a contestant but i don't know how to make the design. If anyone knows how to do it, Can you show it to me? Thank you.

Help us grow Who Wants To Be A Millionaire Wiki 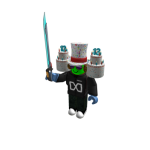 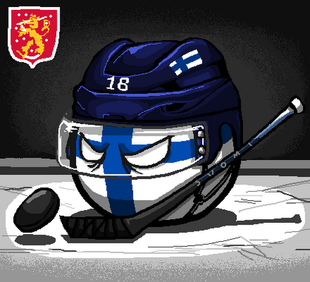 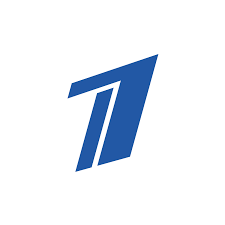 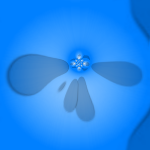 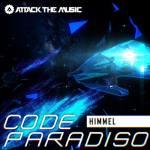 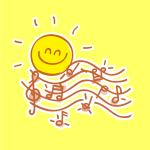